Southern Company (NYSE:SO) is a very high-quality utility dividend stock. It is a Dividend Achiever, a group of 265 stocks with 10+ years of consecutive dividend increases.

You can see the full Dividend Achievers List here.

Meanwhile, Exelon (NYSE:EXC) is also a dividend-paying utility. It has a solid 3.7% dividend yield, and the company recently raised its dividend.

Southern and Exelon look like similar stocks – but looks can be deceiving.

Utility stocks are not all created equal. This article will discuss three reasons why income investors should prefer Southern to Exelon.

The biggest difference between Southern and Exelon is their business models. Even though they are both utilities, they have very different operations.

Southern has positioned itself well, given the changing energy landscape in the U.S.

It has gradually moved away from coal and has steered its generation assets toward natural gas. The boom in domestic natural gas production has resulted in falling natural gas prices.

As a result, Southern’s energy mix is as follows:

Southern’s reported earnings-per-share dipped 1% in 2016. The company earned $2.57 per share, which more than covers its current annualized dividend.

Exelon is the largest operator of nuclear fleets in the U.S., with 23 nuclear reactors.

The economics of nuclear energy are challenging. Southern has benefited from a fairly low level of exposure to nuclear.

The result of these actions is that Exelon’s earnings have been highly volatile in recent years.

Still, at the midpoint of Exelon’s guidance for 2017, the company expects adjusted earnings-per-share to decline 1%.

In addition, Exelon has a lower credit rating than Southern. Exelon’s consolidated credit rating at the end of 2016 was BBB- from Standard & Poor’s, which is just one notch above junk.

Exelon’s interest expense increased 51% last year, and as interest rates rise, its balance sheet could continue to weigh on its earnings.

Dividends are a very important consideration for utility investors, as they comprise the majority of total returns generated by utility stocks.

Its dividend was the main reason for its long-term outperformance: Southern’s reinvested dividends have accounted for approximately 69% of its total shareholder return over the past 20 years.

Southern is the epitome of a slow-and-steady utility. It is the second-least volatile utility stock in its peer group. 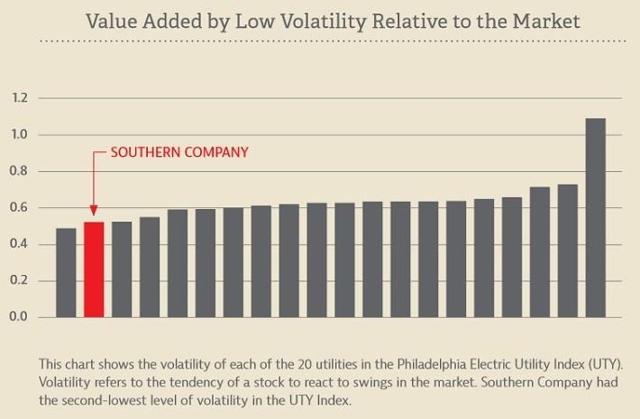 A low level of volatility helps give investors the ability to sleep well at night, while collecting dividends each quarter.

If anything, Exelon should provide a higher dividend yield than its peer group because of the higher level of volatility of the company’s earnings results.

Southern has produced much smoother earnings growth over the last several years than Exelon, which has resulted in more consistent dividend growth as well.

The final reason why I prefer Southern over Exelon is because of Southern’s stronger dividend history.

On April 17th, Southern raised its dividend by 3%. This was its 16th consecutive annual dividend increase.

Looking back further, this makes 278 quarterly dividends – going all the way back to 1948 – that Southern has maintained or increased its dividend. 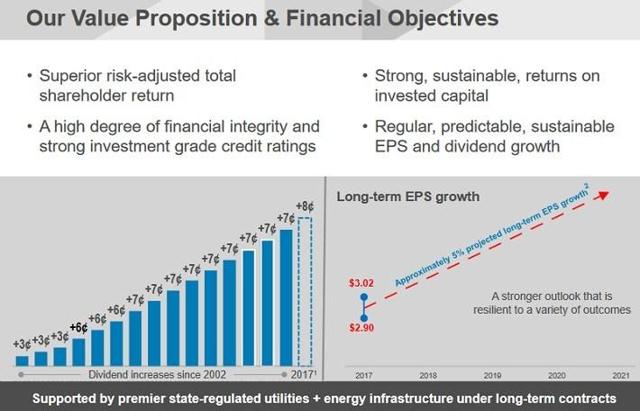 By contrast, Exelon’s dividend history is spotty. Like Southern, Exelon also recently increased its dividend by 3%.

The raise is consistent with Exelon’s announcement in 2016, that it would raise its dividend by roughly 2.5% per year through 2018.

Exelon’s dividend policy looks good, but looks can be deceiving. In 2013, the company cut its dividend by 41%.

A dividend cut is bad enough on its own, but is even worse coming from a utility. Investors rely on utility stocks for stability.

A utility that cuts its dividend has fallen short in perhaps the most important reason for owning a utility stock in the first place. And this wasn’t a minor reduction – it will likely take several more years before Exelon’s dividend is restored to its pre-cut level.

As a result, Exelon’s huge dividend cut disqualifies it from consideration for risk-averse income investors.

Utilities have developed a reputation for paying steady, reliable dividends. Many utilities, such as Southern, live up to this reputation, with decades of uninterrupted dividends and dividend growth each year.

However, there are always risks to buying stocks, even utilities. If a company’s fundamentals deteriorate, sooner or later its dividend could be in jeopardy.

Exelon has displayed considerable volatility over the past several years – too much, for a utility.

Exelon is working its way back, but its huge dividend cut and volatile swings in earnings do not make it the best pick in the utility sector.

BinaryFest.com - April 18, 2017
0
10 original ideas for charity events organizers: Organize a Mardi Gras night, no matter if it’s the season or not. Sell tickets for...

Which is the Most Profitable Horse Racing System?

Corning: Next Stop $30 As Optical Business And Gorilla Glass 5... 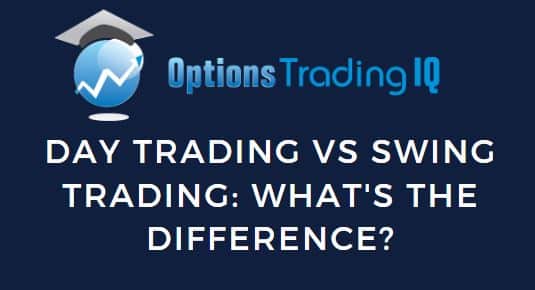