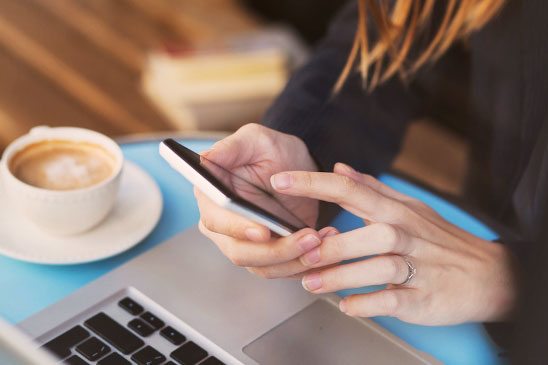 Every month we release an Enforcement Roundup blog that highlights securities law decisions related to BC residents in the previous month. We cover our completed regulatory cases and report on other self-regulatory organizations’ decisions when pertinent. From time-to-time, we also cover criminal cases related to our decisions or investigations.

A BCSC
panel has sanctioned Harris, Cire, Burke, Kwasnek, Thibert, Paradox
Distributors (1992) Ltd., Echo Partners Ltd., SPYru Inc., and U-GO Brands
Nutritional Products Inc. for illegally distributing the securities of SPYru
and U-GO. The panel also found that that
Echo Partners Ltd., U-GO, Cire, and Kwasnek breached a temporary order issued
by the BCSC’s executive director  in
February 2014. In addition, the
panel found that each of U-GO and Harris is liable with respect to false
information contained in four Exempt Distribution Reports filed by U-GO.

The panel made
various sanctions decisions against the individual
and corporate respondents.

Harris, Cire, Burke, Kwasnek and Thibert have been ordered to pay
administrative penalties ranging from $20,000 to $50,000. They have also been
prohibited from BC’s capital markets for periods ranging from three to ten
years.

Harris,
Cire, Kwasnek, Burke and U-GO have been ordered to pay $636,000 to the BCSC, on
a joint and several basis, that being the total amount obtained as a result of
their misconduct in respect of U-GO.

A BCSC panel has
fined and ordered bans against a BC company and three BC residents for
illegally distributing securities.

As part of the
sanctions, the company and three individuals were each ordered to disgorge
$10,000 to the commission as the amount obtained, directly or indirectly, as a
result of their misconduct. The four respondents are jointly and severally
liable for the $10,000 ordered as disgorgement.

A BCSC panel
permanently banned Zhong from the province’s capital markets for fraud,
unregistered trading and offering clients false guarantees to reimburse them
for any losses.

In May 2015, the
panel found that Zhong was engaged in the business of trading in securities on
behalf of his clients without being registered, and that he perpetrated a fraud
by misrepresenting the true nature of his commissions for Forex trading to
investors. The panel also found that Zhong guaranteed at least 10 of his
clients that he would return their full principal if they suffered trading
losses, a breach of the Securities Act.

A BCSC panel has
found that McLeary, who was the CEO and a director of two BC companies failed
to file insider reports for trades he made in two companies for which he served
as CEO and director.

The two companies –
Silver Sun Resource Corp. and Newton Gold Corp. – were BC reporting issuers
with their shares traded on the TSX Venture Exchange during the period of
McLeary’s trades. Silver Sun’s shares were halted from trading in June 2013.

The panel directed
the parties to make submissions on sanctions according to the schedule set out
in the findings.

In the settlement agreement,
Lewis admitted that he engaged in unauthorized outside business activities
involving the preparation of tax returns; engaged in personal financial
dealings with several clients; made an unauthorized settlement with a client;
and used blank signed client forms to process transactions in clients’
accounts. He also admitted to making improper use of monies from clients’
accounts held outside his firm.

Lewis agreed to the
following penalties: A suspension from registration in any capacity with IIROC
for five years; a fine of $175,000 which includes disgorgement of fees, and 12
months of strict supervision upon any re-registration with IIROC. Lewis will
also pay $20,000 in costs.

In the settlement
agreement, Chung admitted that he made unsuitable investment recommendations to
a client and engaged in personal financial dealings with the same client.

Chung agreed to a
five-year suspension from registration in any capacity with IIROC. He will also
pay a fine of $40,000 and $5,000 in costs.

The Third Reality – The End of the Personal Computer Desktop

BinaryFest.com - May 1, 2019
0
In this 21st century of terabytes and gigabytes, in this high-definition age where new ideas "seems" to be redefined hourly, in this...

How to Build an LGBT-Friendly Investment Portfolio

Find Wii Game Cheats and Take Your Frustrations Away

Explore Time Off for Travel with Wealthfront