Business Process Management platform Appian has filed an S-1 registration to raise up to $86.25 million in an IPO.

We don’t yet know proposed post-IPO valuation and estimated per share pricing; I will provide an update when those important terms are disclosed.

The company has developed a platform that helps enterprises ‘unite users with all their data, processes and collaborations – in one environment, on any mobile device.’

Appian has created a SaaS-based, low-code system that enables companies and agencies to improve their business processes and case management by connecting the various stakeholders involved and facilitating their interaction.

Below is a brief demonstration video for the company’s process modeler system:

Appian’s customer base ranges from the middle-market to enterprise firms: 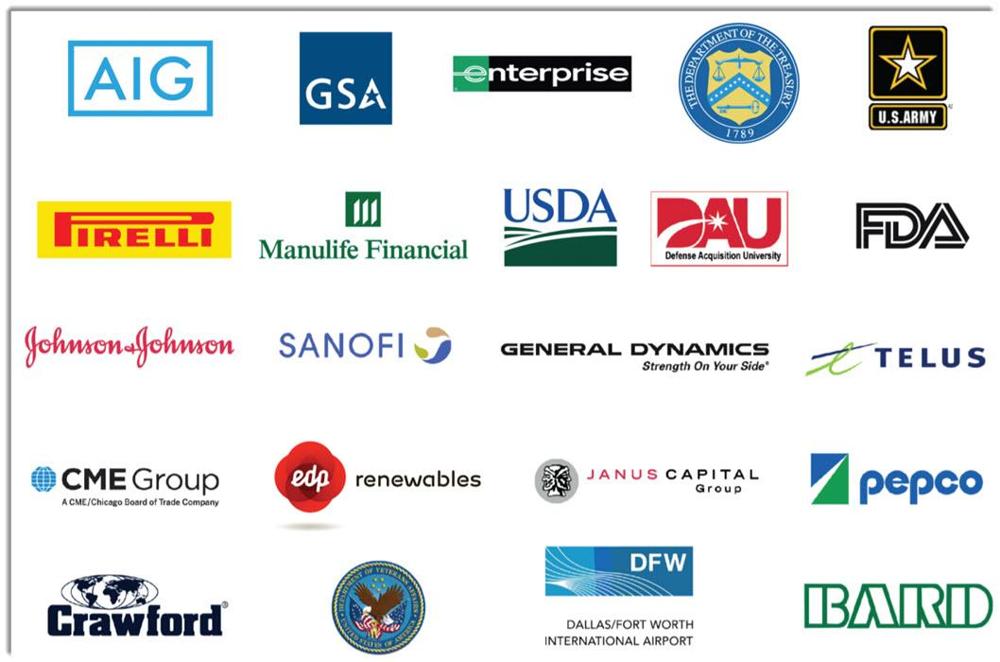 According to a 2016 report on the BPM market by research firm MarketsandMarkets, BPM is estimated to grow from $7 billion in 2016 to $13.52 billion in 2021, representing a very substantial CAGR (Compound Annual Growth Rate) of 14.2%.

14.2% CAGR is among the faster-growing rates in various enterprise software markets, and points to a significant opportunity for market participants as mid-sized and large enterprises continue their transition to the cloud.

Key drivers of that growth are the APAC region from a geographical standpoint and the banking & financial sector from an industry vertical approach.

Management says that it primarily competes with ‘low-code development platforms’ such as Salesforce and ServiceNow and BPM & case management software firms such as IBM, Oracle and SAP.

Larger competitors also can ‘bundle’ their BPM offerings within a larger offering suite, putting pricing pressure on specialists such as Appian, though sometimes at the cost of feature and functionality disadvantage.

Appian’s recent financial results can be summarized as follows:

Below are the company’s operational results for the past three and one-quarter years (Audited GAAP for full years): 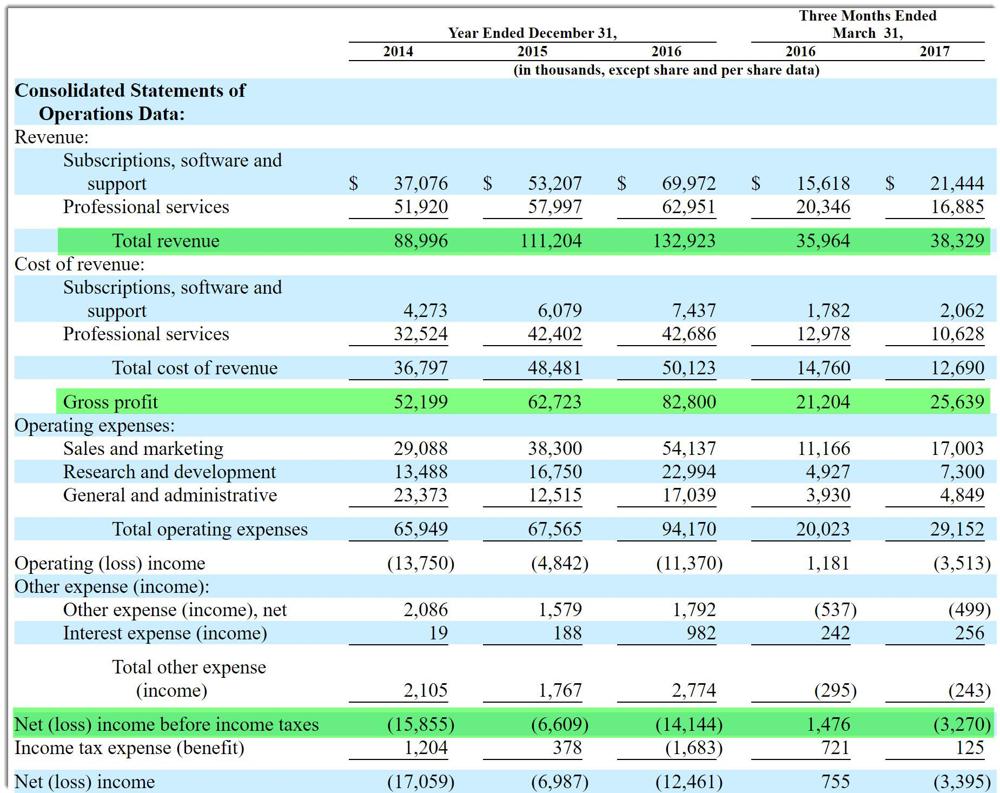 As of March 31, 2017, the company had $35 million in cash and equivalents and $115 million in total liabilities. (Unaudited interim financials)

Appian intends to raise $86.25 million in gross proceeds from an IPO by selling shares of its Class A common stock. After a successful offering, the company will have Class A and Class B shares, with holders of Class B shares (management and existing investors) retaining ten votes per share vs. one vote per Class A share.

This dual structure is an increasingly common way for founders to retain voting control of the company. Notably, a recent study by Edward Kamonjoh of Institutional Shareholder Services indicated that companies with a dual class structure underperformed on the basis of:

total shareholder returns, revenue growth, and return on equity, over a one-, three-, five- and 10-year period…The study also found that CEO compensation at controlled companies compared to non-controlled companies was not aligned with the lower financial performance noted.

Management has not indicated an estimated per share price range or resulting post-IPO market capitalization.

Appian says it will use the net proceeds from the IPO as follows:

What is unusual about this use of proceeds is paying ‘a [$7.4 million] cash dividend to the holders of our Series A preferred stock’. Apparently, this term was agreed to when the company raised its Series A round from Novak Biddle Venture Partners in 2008. This type of transaction is typically never done with venture investors, so is special to this IPO.

Listed underwriters of the IPO include Morgan Stanley, Goldman, Sachs & Co., Barclays and others.

Appian is an enterprise IT software firm that wants to go public during a time when other enterprise IT firms have successfully floated their shares, such as Okta (OKTA), Mulesoft (MULE) and Cloudera (CLDR).

The company has developed an impressive customer base of 280 large and middle-market enterprises and government agencies that value its ‘low-code’ approach, paying an average of $475,000 per year for its platform.

Given the significant growth rate of BPM spending estimated over the next five years, it’s hard to bet against a firm so squarely aimed at the BPM & Case Management functions.

However, the financials present a picture of slowing topline revenue growth rates. While this is not uncommon among IPO-aspiring enterprise IT firms with revenues above the $100 million mark, it does suggest a need for investors to properly value its future growth prospects.

Appian’s gross margin is improving, as is its cash flow from operations, both positive signs that management is performing well.

Management has yet to disclose detailed terms of the IPO, so my final opinion will await those all-important metrics.

As of now, I like the industry, but I’m not sold on the company.

Knowing the Best Affiliate Marketing Style For Your Skills

BinaryFest.com - May 10, 2017
0
The most successful businesses run on the best talents of the investor. Whether it's strategizing, writing, networking, and so on, the...

How Does the News Affect the Forex Market?

Trading Amazon, With Low Risk And a Small Amount of Money