To say easy money policy is back is a misstatement. Easy money policy never really went away. Policy has been tightened in a few countries, specifically the U.S., and some other countries had been on target to tighten, but by no means is or was global monetary policy “tight”. That said, easy money policy is about to get easier. The FOMC, the ECB, the BOJ, and the BOE (among others) are slated to hold their next policy meetings within the next two to three weeks and they are all expected to cut rates or stimulate their economies in some other fashion. What this means for traders is volatility. None of these banks will issue their statements at the same time which means there is a lot of opportunity for news to pull the market one way, and then push it another.

The biggest risk might be in the dollar. The dollar has been rallying and is now approaching the most recent high because the FOMC has not been as dovish as the market wants them to be. The FOMC did not aggressively cut rates last month, they did not adopt a dovish stance, and in the end still view the economy as strong, the policy cycle to be one of tightening. The last rate cut was a mid-cycle adjustment, giving back the 1-cut too many enacted last fall, and a means to reinvigorate economic activity.

The Fedwatch Tool is still showing a high probability for two more cuts by the end of the year and that my friends is just too many. The July Income and Spending data shows wages are still rising and consumer spending is hot. Spending rose 0.6% in the month, better than the 0.5% that was already expected, and is a foreshadowing of what will come later this fall. The experts are forecasting as much as 5% growth in retail sales this holiday season, I think the figure may be a little light. Basically, I don’t think traders should be dovish on the Fed, I think the Fed will disappoint the market and the dollar will shoot to new highs.

The indicators on the DXY are still a little weak but they are bullish and rising so higher prices are expected. Stochastic and MACD both have plenty of room to move higher so the rally could be substantial if it materializes. Resistance is near the $99 level which is my next target. A move above that would be bullish and likely take the index above $100. 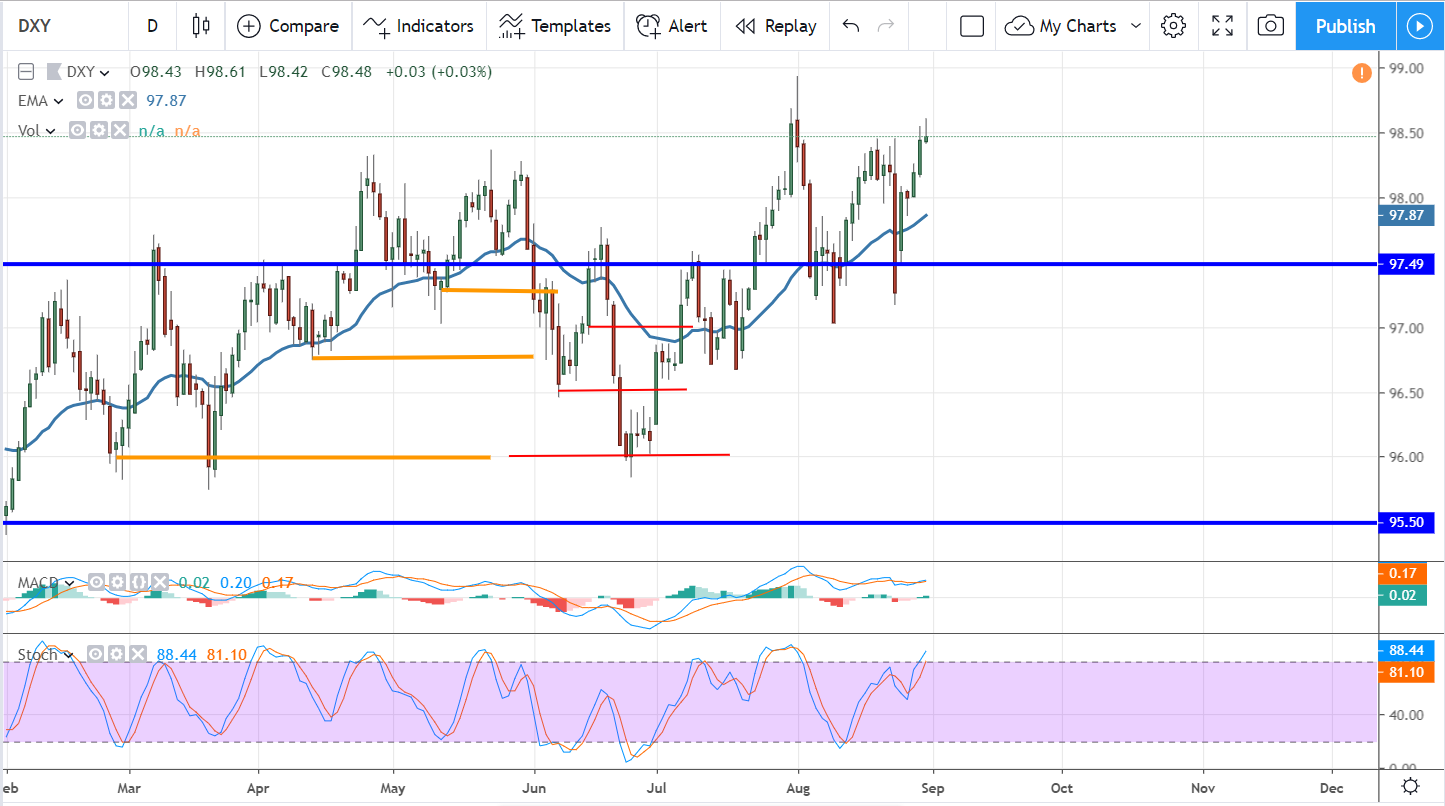 BinaryFest.com - June 5, 2017
0
You read and hear a lot about hedge funds. Unfortunately, most of what you hear is negative because it comes from...

How Computers Evolved – History and Generation of Computers

Time Value of Money – How to Understand the Concept and...

How to Make Huge Money Online With Affiliate Programs – Free...

Surviving Study Hall When You Don’t Have Anything to Study