Looking for high dividend stocks with cash flow growth? Enable Midstream Partners LP (NYSE:ENBL) may be right up your alley. We first covered ENBL in a January 2017 article – this article will update that one. 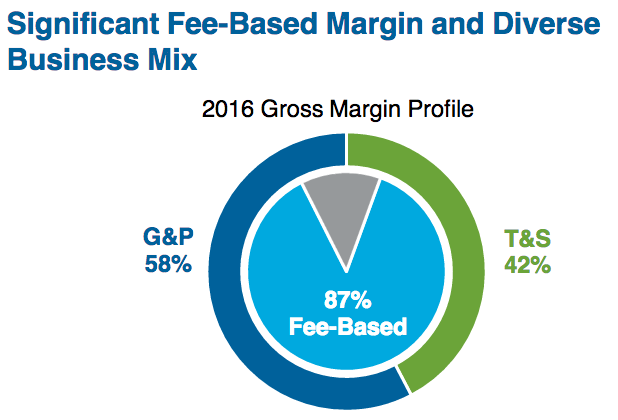 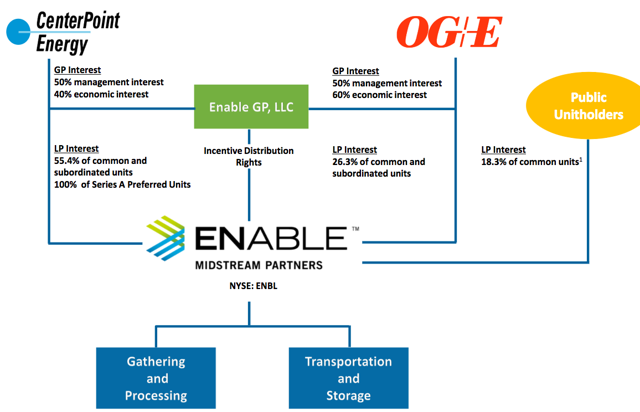 Distributions: Management may have announced the next quarterly distribution by the time this article is published – last year, it announced on 4/27/16 and went ex-dividend on 5/4/16.

ENBL’s distribution coverage continues to be lumpy on a quarterly basis, but overall, it was in the 1.19x range per unit in 2016:

Options: We feature options trades for ENBL in our premium newsletter, which we’re not going to divulge here. However, you can see call-selling trades in our free Covered Calls Table and also put-selling trades in our Cash Secured Puts Table for some of the other midstream stocks listed further below in this article and over 25 other stocks. 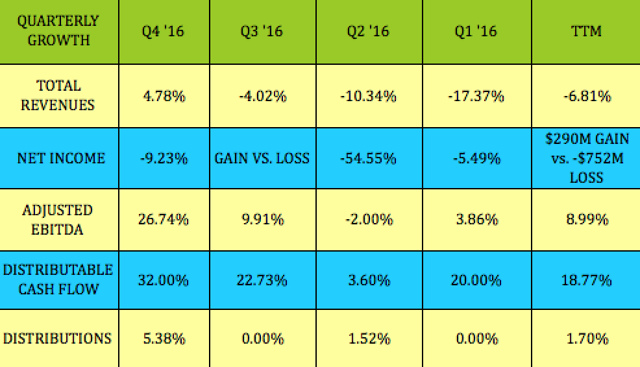 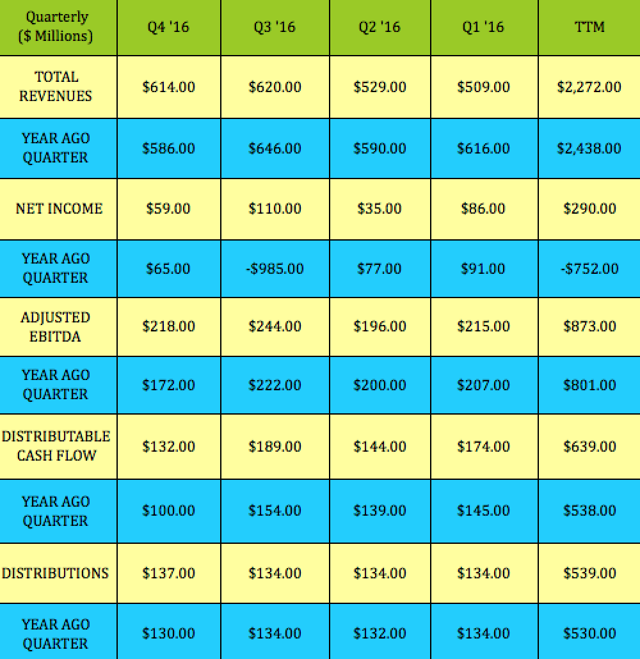 Management has mitigated most of these rising Gathering and Processing costs for 2017 by a combo of hedging and also by having fee-based contracts in its T&S segment: 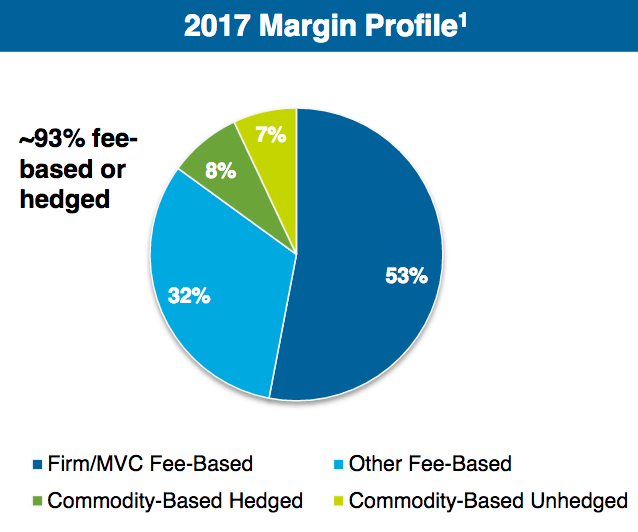 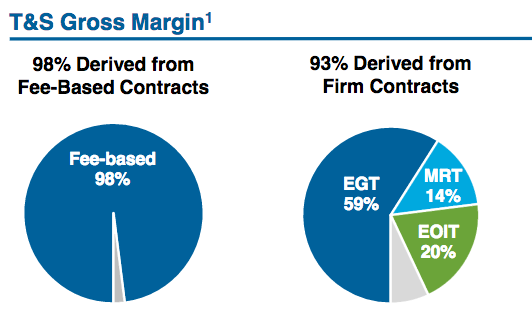 Tailwinds: Mexico will continue to be a growth driver for ENBL’s assets. In fact, in spite of the current political chatter about Mexico coming out of DC, it’s estimated that “Western US markets will have to compete with Mexico for supply,” which should help support natural gas prices for quite some time. 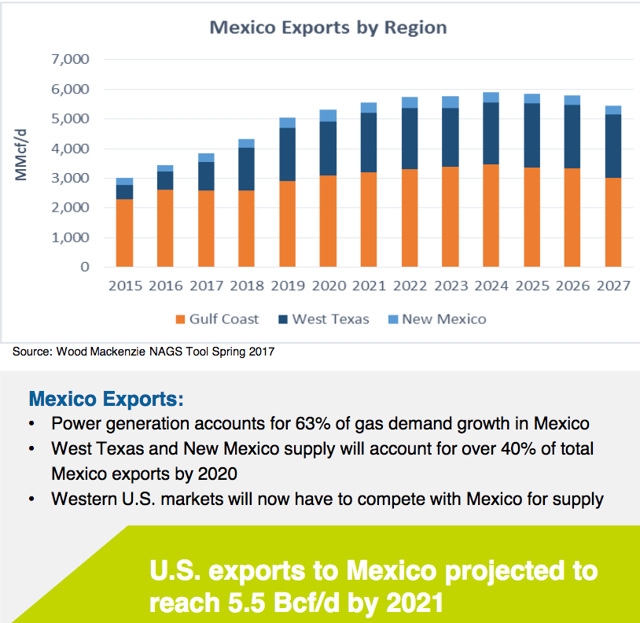 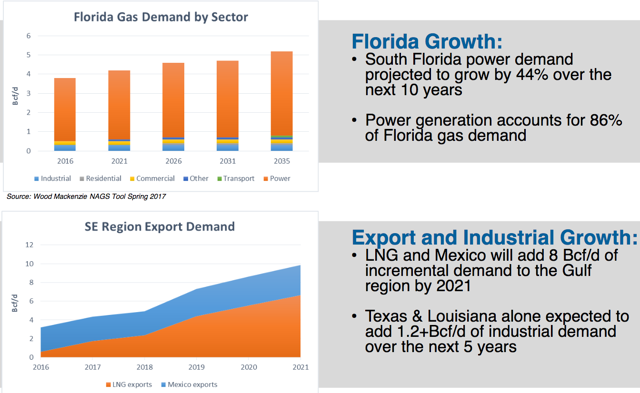 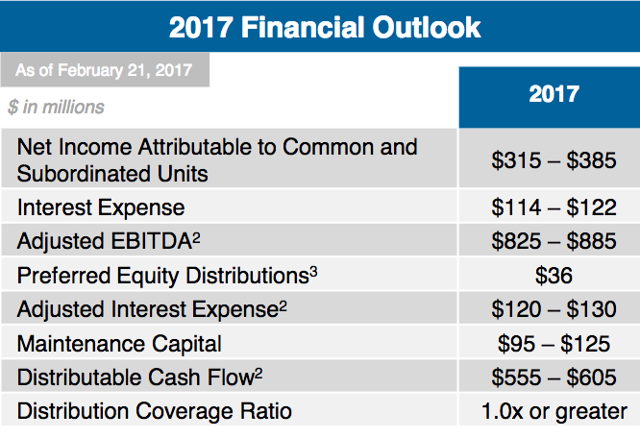 We’re not so happy about EBITDA being flat to down by -5%. The distribution coverage ratio is dropping to 1x and we note with concern that DCF is projected to drop by as much as -13.15% due mainly to higher interest and maintenance capex.

The increased capex makes sense – the company must maintain its assets, which are expanding. We looked at ENBL’s interest coverage – it had 2016 EBIT of $385M vs. $103M in interest expense, a coverage factor of 3.74x.

(We’ll be listening to this week’s earnings call for more developments on this issue.) 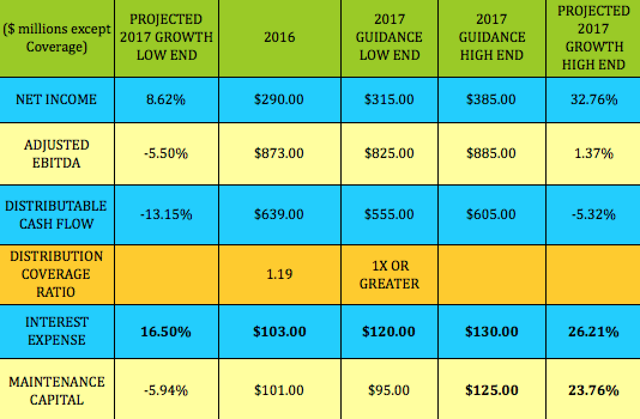 Performance: ENBL came roaring back (up 54.49%) over the past year but has trailed the general market a bit in 2017. However, it has outperformed the Alerian MLP ETF (NYSEARCA:AMLP) year to date.

ENBL looks a bit cheaper than the group average for three metrics – it’s selling below book value at .92, its price/sales is below average, and its 11.58 EV/EBITDA is below the average of 12.44.

Its 7.7% yield is attractive but below the group average of 8.55%. However, its coverage factor of 1.19x is equal to the group average. (We didn’t include KMI’s distribution yield and coverage in the averages below due to it being outlier.) 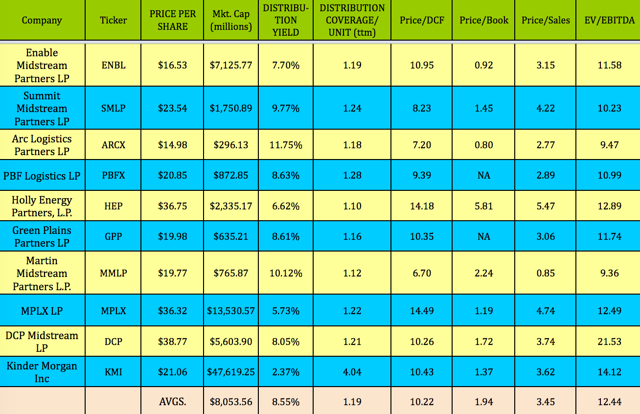 Financials: ENBL has one of the lowest debt loads in this group – its debt/equity ratio of .38 is the lowest, and its net debt/EBITDA of 3.43 is the third lowest and far below the 5.14 average. 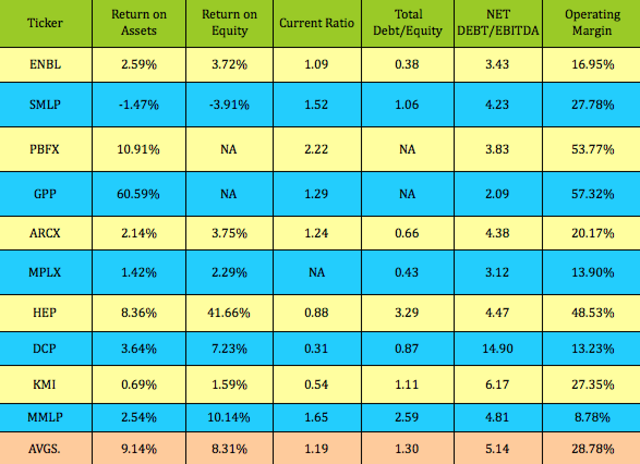 Debt: Management actually made great strides in improving the leverage ratio in 2016; it’s down considerably from 4.1x. 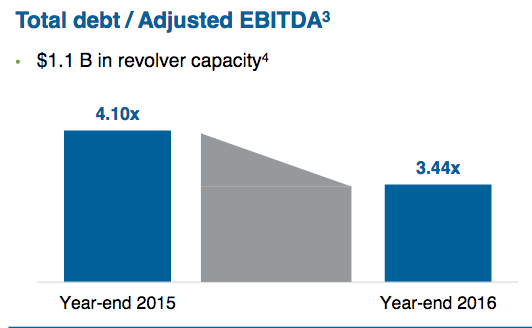 All tables furnished by DoubleDividendStocks.com, unless otherwise noted.

Disclaimer: This article was written for informational purposes only and is not intended as personal investment advice. Please practice due diligence before investing in any investment vehicle mentioned in this article.

BinaryFest.com - April 5, 2017
0
Everybody Loves Raymond was arguably the most successful sitcom of its time during its run on ABC from 1996-2005. Based on the comedy of...

How to get Credit Checks in the Philippines

Spirit Cheer Welcomes Everyone To: All American National Championships

Retirement Planning for an Older Population