DryShips’ (NASDAQ:DRYS) stock is under attack from every angle. On one side we have dilution and short selling, on the other side we have a collapsing Baltic Dry Index. Readers will remember that we predicted Panamax rates to finally begin to fall by mid to late April.

DryShips is being pummeled by many factors, including a tanking Baltic Dry Index and falling Capesize rates. Panamax rates remain strong, but we believe they will also fall by late April. If they don’t fall, another bullish swing trade opportunity may emerge in DryShips as soon as the dilution is over. To reiterate, we believe they will fall, but if they don’t fall by late April, a bullish opportunity may emerge.

As usual, our prediction has come to fruition. To all but the sharpest readers, our stance may seem random or even capricious. But the ability to see an issue from every angle “Janusian thinking” is the only way to accurately understand any issue. That is why our articles appear contradictory to some, but are highly accurate to a careful observer.

Panamax rates now join Capesize rates in a downward trajectory that has sent the Baltic Dry Index down to 1,195.

Most of these ships will operate on the spot market, and so the Capesize and Panamax indexes are the best way to evaluate demand for their services. The Capesize index has been declining for a long time, but the Panamax index was previously a source of hope for investors in this struggling company. 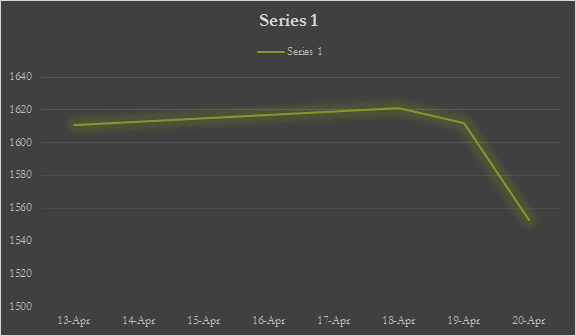 DryShips will not be able to rally with weak shipping rates. Soaring shipping rates are probably the only way for long investors to get the massive short squeeze they are hoping for.

Panamax rates are beginning to fail, and the bullish case for DryShips is falling apart. Unfortunately, the downward pressure looks likely to push DRYS below $1.00 again, and when this happens, investors can look forward to another stock split.

Editor’s Note: This article covers one or more stocks trading at less than $1 per share and/or with less than a $100 million market cap. Please be aware of the risks associated with these stocks.

BinaryFest.com - May 30, 2017
0
Will you fancy bamboo or wood made flooring for your house? You know it's true whenever you hear people say that bamboo or solid...

Ways Your Home Can Make You Money

What Is the Perfect Bank Foreclosure Property?