A computer is an electrically powered device or set of devices which works under the control of a stored programme. It automatically receives data, process data and by controlling the whole process of operation, the desired goal is established. Hence a computer is 1. a data processor, a storage location and a data processor. The following concepts may be used for the identification of a computer:
•Literally, the term computer means equipment that can compute.
•The computer is a combination of electronic devices used to process data.
•In the computer all types of data is converted to numbers. The computer can only work with numbers, not letters, sounds or pictures. All forms of data are converted to numbers for processing.
•Computers can receive, analyze, store information and produce reports.
•Computers are useful for accurate and fast processing of accounts.
History of Computers
•On about 3000 BC ‘Abacus’ was invented in China which was the earliest calculator. It was used for addition, subtraction, multiplication and division.
•On the 17th century a number of instruments were invented which could be used as calculator.
•On the 18th century a French scientist named Jacquard, invented an automated loom that could receive designs from punched cards.
•At a certain step of perpetual research, came Charles Babbgae with unique ideas. He is often called the father of modern computers. He invented ‘Differential Engine’ on 1812.
• He performed fast calculations with this machine. On 1833 he planned to make a ‘Analytical Engine’. This research did not go far due to hindrance of promised fund by the Royal Society of England.
• Later Lady Ada Augusta invented a number of techniques, which utilized the concept of the Analytical Engine. She was the daughter of the English poet Lord Byron and a close friend of Babbage. She invented the techniques required to solve mathematical problems, step by step. This is why she is considered as the first computer programmer in the world.
• On 1944, A machine called ‘Mark-1′ was built under the supervision Professor Howard Eken of Harvard University of USA. This machine was 51 feet wide, 8 feet high. It had 5000 miles of electric cable and combination 7.5 lakh electronic parts. Though a dinosaur among today’s neat compact computers, this was the first computer of the first computer-age (1944-50).
• The ENIAC (Electronic Numerical Integrator and Calculator) was built in the University of Pennsylvania on 1946; it consisted of almost eighteen thousand valves. It was made for the Ministry of Defense. In 1948 transistors were introduced, which ultimately replaced the valves. Transistors are miniature electronic switches that functions the same as the electronic valves and then some. 1958 saw the introduction of Integrated Circuits, popularly known as IC, which made the huge availability of computers today possible.
• Then came Gordon Moore on 1971 with his revolutionary invention of microprocessors.
• After the microprocessors, the progress was fast. IBM of USA introduced Microcomputers, which is now popularly known as PC or Personal Computer.
• The speed of data processing depends on how powerful the processor is. Currently processors with speed above 500 MHz is available in the market.
• The latest magic in the computer world today is the Internet; virtually the whole world can be reached through this little box with an Internet connection.
• We conclude, on the note that the computer has become an inseparable part of the modern civilization.

Inn view of the above light, it is evident the following hard ware devices may be conceptually exemplified.

Device: All hardware peripherals of a computer are called devices.
Input device: A device through which data is fed into the computer. For example: keyboard, mouse, and scanner.
Process Unit: After the data is entered into the computer it is processed to produce outputs. Processing is done by the microprocessor.
Output Device: The devices through which we can receive the processed information are the output devices. For example: printer and monitor.
Memory
Memory is the computer’s electronic scratch pad. Programs are loaded into and run from memory. Data used by program is also loaded into memory for fast access.
RAM (Random Access Memory): The most common type of memory is RAM. It is volatile memory, as it needs constant supply of power. When you turn off a computer, everything in RAM disappears.
ROM (Read Only Memory): This is nonvolatile memory. Data and instructions are permanently programmed in this type of memory.
Storage Unit
It is possible from a computer to function with just processing, memory, input and output devices. To be really useful, however, it also needs a place to keep program files and related data when it is not using them. The purpose of storage is to hold data.
The device that holds a disk is called a disk drive. Some disks are built into the drive and are not meant to be removed. For example: Hard disk. Other kinds of drives let you to remove and replace disks, such as a floppy disk drive.
Introduction to some common computer hardware
Processing Unit The brain of the computer. This is where data and instructions in are processed to produce meaning ful information.
Hard Disk Fixed, built-in storage unit of the computer.

Monitor This output device is like a television screen that displays output such as a text that you are typing.
Keyboard An input device. It is an electronic version of the typewriter machine. There are special function keys, alphabets, numbers assembled on the keyboard. There can be 101 to 105 numbers of keys on a keyboard.

Mouse An input device. You can click, double click and drag with a mouse. Click is when you press a button on the mouse. Double click is clicking twice in rapid succession. Drag is to press a mouse button and ‘drag’ the mouse physically as the button remains pressed.

Find a file or Folder
Sometimes it is easy to lose a file among a hundred other similar files. You can use the Find option in the Windows Explorer in such situation. But the catch here is that you must remember something about the file, such as its first 4 letters or last 4 letters or the date it was created or the folder it was created in or its size or some of the text contained in the file.
•Open Windows Explorer
•Click Tools menu
•Click Find
•Click on File or Folder option
•A Find dialogue box appears
•Type the info you remember about the file or folder
•Click Find Now Button
How to give electrical connection to Computers
To protect your computer from power surges, frequent power failures and other electric disturbances you should use stabilizers. Instead of directly connecting your precious appliances to the main power line, connect the computer to the stabilizer and the stabilizer to the wall socket. UPS are used as a temporary power source for the computer in case of power failure. The figure below shows the flow of electric connection among a computer, UPS and stabilizer.
How do Computers work?
To illustrate how a computer processes data we can use an analogy between computers and the human brain. The five human sense receivers are the input devices of the human brain. The eyes, ears, skin, tongue and nose receives different types of sensations and sends them to the brain for processing. Similarly the keyboard, mouse, scanner and other input peripherals of the computer collects different types of data and sends them to the processor to be processed.
The human output devices such as talking through mouth or physical gestures can be compared to the monitor or printer of the computer, which shows or prints the processed result from the processor.
Users and Phobia
Now that you have an idea on how to electrically connect the computer the next step is to work with it. Unfortunately, like all other new technologies, the computer has its own set of phobias for its users. Realistically, as we have pointed out before, to run a computer can be as easy as switching on the television. You can only do physical harm to a computer by breaking it or one of its components. The software that you will be using, can be itself a trainer/instructor for a beginner like you. This is because most computer software are developed in a user-friendly manner and has in-built help-option to assist or guide you through your ordeal. So don’t be abashed or apprehensive, switch on the ‘magic-box’ and get started.
Switch on the computer
See if the electric connections are as it should be and press the power button of the CPU. The computer screen will show various start up info and messages and will stop after a reaching a state and wait for your intervention.
Shutdown and switch off the computer
There is a specific set of steps that a user must follow to shut down the computer. Otherwise there maybe problems like the software or hardware can get corrupted. Always follow the steps outlined below.
When we click on the YES button a message will appear “Its Now Safe to Turn of Your Computer”. After seeing these messages press the power button to switch off the computer. Now switch off the UPS and stabilizer and last but not least, switch off the wall socket i.e. the main power supply. As highlighted above, I have tried to explain the basics of personal computing skills. The computer works on binary system. While sending input, we use input device. In this case, we use Mouse and Keyboard. We send message in the form of command which are duly processed in the computer by way of creating the digital electronic signal.

Forex Automoney – Make Money in Just a Click of the...

BinaryFest.com - April 19, 2017
0
FOREX (Foreign Exchange market) is an international foreign exchange market, where money is sold and bought freely. In its present condition FOREX was launched...

Learn More About the Basics of Digital Trading

Forex Trading Techniques – How to Become a Successful Chartist and... 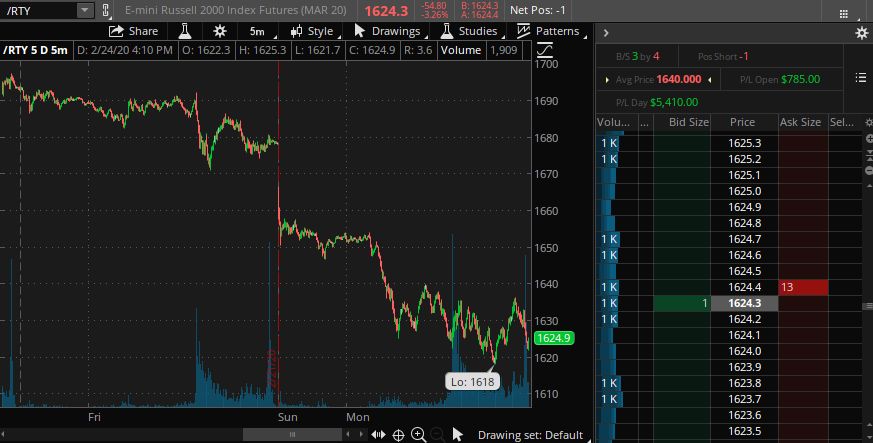 Making Money Online – Why Most Fail