Word broke on April 14, 2017, that Nintendo (OTCPK:NTDOY) will discontinue the NES Classic. The move has left industry analysts scratching their heads. Nintendo has been in need of a win since the launch of the middling Wii U; the firm’s stock is 63% below the highs of ~¥70,000 it reached during the Wii’s heyday (2006-2008). Why would the firm discontinue a product that has sold 1.5 million units to date since launching in November of 2016?!

The NES Classic is the revival of Nintendo’s first foray into the home video game market – the NES. Whilst the NES Classic has sold 1.5 million units to date since launching in November of 2016, the successor to the Wii by comparison has only sold 2.75 million annually since launching in November 18, 2012, for a total of 11 million units, placing the console dead last in the console race. In fact, Sony’s (NYSE:SNE) PS4 sold 1.38x the Wii U’s lifetime sales in 2016 alone. 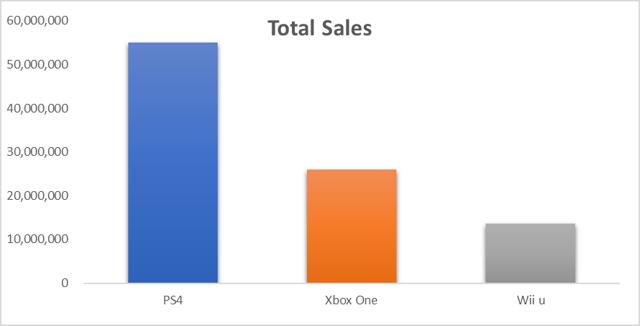 If you’re wondering why the revival of ancient tech could be anything other than a novelty – specs don’t matter. I’m already on the record saying that the specs don’t matter when it comes to consoles, Nintendo Is Switching Into Fifth Gear: It Is About The Games, I then doubled down on that bet in Microsoft: The New Xbox Has The Specs, But Does It Have Game? When I argued that project Scorpio’s bleeding edge tech specs are not a panacea for Microsoft’s woes.

My reasoning was simple. Both the PS2 and the Wii, the most successful consoles of all time, were at the bottom of their class in technical specifications. The technical laggards missed out on some of the most popular games of their respective generation. For example, Ninja Gaiden couldn’t be ported to the PS2 despite launching on the Xbox, her counterpart during that generation. Team Ninja, Gaiden’s developer, had to wait until the launch of PS2’s successor the aptly named PS3 to port the game over to the PlayStation family. Similarly, Grand Theft Auto Four did not grace the Wii despite the Wii outselling its counterparts by margin of 1.5:1.

So why would the technical specs for the NES Classic matter? Spoiler alert: it didn’t. The death of NES Classic has more to do with the Switch’s success than the Classic’s failure.

The original NES system went on to sell 62 million units over its lifetime and sold a shipped 500 million games. That would imply that the system had a tie ratio of 8.07. A tie ratio of 8.07, this is not hyperbole, would make most developers’ eyes bleed. The PS4, the fastest selling console of all time, had a tie ratio of 7.51x and the Wii, the second most successful console of all time, had a tie ratio of just 4.64x. With one major caveat, Nintendo tracks the number of games shipped to retailers (their customers), but not those sold through to the end consumer. The numbers I quoted for the PS4 and the Wii are based on NPD data. Unfortunately, I don’t have a subscription to access historical NPD databases to retrieve the figures from the NES. Fortunately, the generous calculation actually provides insight as to why Nintendo decided to pull the plug on the NES Classic.

The new device used to sell for $59.99 – the price of a full game on a current generation console, and had 30 games preloaded on it. Meaning that the NES Classic had 3.71x more games bundled with it than the console with the “highest tie ratio of all time.” Furthermore, you could buy additional games for $2 a pop. That’s as close to highway robbery as you can get. Most of the rot that passes for games on Android and iOS sell for more. 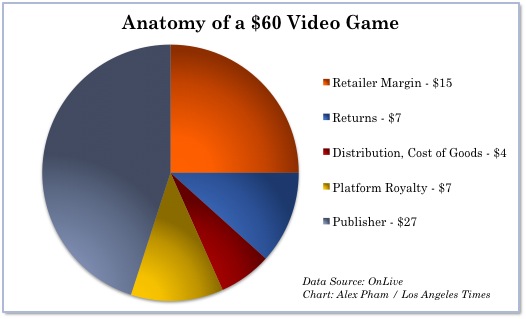 When a third-party developer sells a game on a Nintendo console (excluding the NES Classic), the firm receives $7 in royalty fees. If the consumer bought the game through Nintendo’s eShop that number jumps by $15 to $22. A consumer would have to buy 11 games on the NES classic to match that figure, which would imply a tie ratio of 41! I estimate the Wii raked in around $3.3 billion in revenues. Consequently, enough though the Wii U only sold a 11 million units, the royalty fees mean that it’s higher up in the pecking order than the old NES Classic.

Now I’m sure Nintendo was well aware of the economics before they shipped the device. If it was always meant to be a novelty device, then the firm would have charged a much higher price for the device. The skyrocketing prices of the device after news of discontinuation is proof positive that consumers’ maximum willingness to pay for a slice of nostalgia is much higher than the paltry $60 that the manufacturer’s suggested retail price.

Those of you who grew up playing Nintendo might be compelled to chalk up the pricing strategy to the company’s benevolence. Those of us who have younger family members who wanted the odd amiibo knows that Nintendo is no stranger to price gouging.

When the NES Classic launched, Nintendo was in the doldrums the Wii U was in limbo, the firm was losing its penchant for releasing AAA games, and Nintendo’s revered president Satoru Iwata-san had died the year prior. Consequently, it released a device that reflected the low morale of the firm. However, with the launch of the massively successful Switch, the management realized that the NES Classic’s economics were not attractive. Moreover, they could optimize their portfolio of products by axing the Classic and shifting resources towards the Switch.

The success of the Switch caught Nintendo offguard; Nintendo doubled its production forecast of the console to 16 million units next fiscal year. That kind of production increase meant Nintendo had to make room and the NES Classic got the cut. 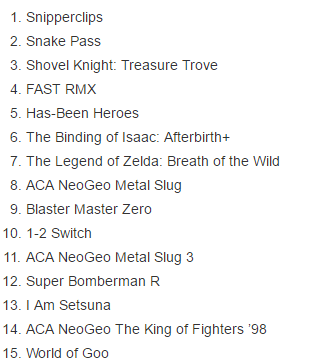 The Switch isn’t simply selling record hardware sales, its eShop is also a major success. The Legend of Zelda: Breath of the Wild that launched alongside the Switch has an attach rate of 89% on the console (89% of the consumers who bought the console also bought the game). What’s mind boggling is that it doesn’t even crack the top-five on the eShop. The highest selling games are downloaded games and have the same distribution model as the NES Classic. Games that are only sold online routinely retail at $9.99 on Sony’s PSN store. Five times what they sell on the Classic. Thus, Nintendo could increase prices five-fold by selling the same games on the Switch as they did on the Classic. The 1-2 punch of production constraints and potential cannibalization of new products was too much for the Classic to overcome.

Hopefully, this is an indicator of things to come. The Switch is burning up the charts with retailers constantly running out of stock, if Nintendo uses the same surgical thinking with Wii U, then the Switch might even give Sony’s PS4 a run for its money. In this rare case, failure should be rewarded.

Thanks for reading! If you enjoyed reading that article, please click on the follow icon below my profile picture. Thanks!

Disclosure: I am/we are long NTDOY.

BinaryFest.com - April 21, 2017
0
In Restaurant Service, proper serving trays are one the important "tools" which the dining room service staff needs to perform their positions properly. The type...

The Easiest Way to Day Trade For Consistent Returns

How to Get a Pisces Man Back! Surefire Steps to Win...

Can’t Pay Your Taxes? Here Are 6 Ways to Cope