The next big thing in tech could be 5G. A leading proponent of this technology is President Trump. According to TheHill.com, President Trump recently said in a pair of tweets that he wants the U.S. to beat other nations to rolling out next-generation wireless technology, known as 5G. 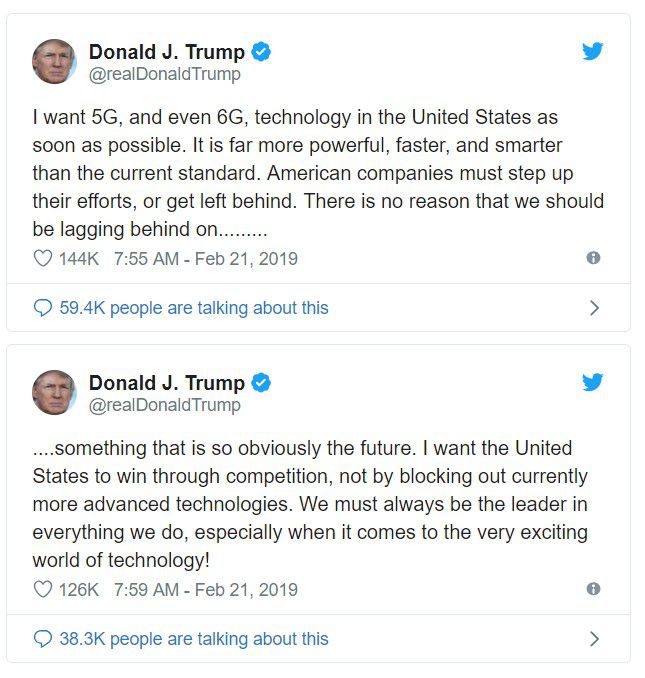 The political site noted, “Full 5G deployment is still years away, though wireless companies are already making big promises about what the technology will deliver. The new wireless networks, the industry says, will pave the way for advanced technologies like virtual reality and driverless cars while giving users increased mobile download speeds.”

“The G in this 5G means it’s a generation of wireless technology. While most generations have technically been defined by their data transmission speeds, each has also been marked by a break in encoding methods, or “air interfaces,” that make it incompatible with the previous generation.

4G technologies, such as WiMAX and LTE, were the next incompatible leap forward, and they are now scaling up to hundreds of megabits and even gigabit-level speeds.

5G brings three new aspects to the table: greater speed (to move more data), lower latency (to be more responsive), and the ability to connect a lot more devices at once (for sensors and smart devices). 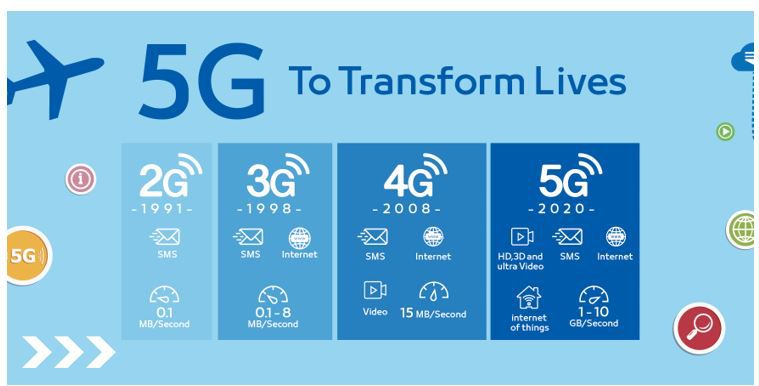 The actual 5G radio system, known as 5G-NR, isn’t compatible with 4G. But all 5G devices in the US, initially, will need 4G because they’ll lean on it to make initial connections before trading up to 5G where it’s available.

That’s technically known as a “non standalone,” or NSA network. Later, our 5G networks will become “standalone,” or SA, not requiring 4G coverage to work. But that’s a few years off.

4G will continue to improve with time, as well. The Qualcomm X24 modem, which will be built into most 2019 Android flagship phones, will support 4G speeds up to 2Gbps. The real advantages of 5G will come in massive capacity and low latency, beyond the levels 4G technologies can achieve.”

MarketWatch recently reviewed the possible investments in 5G. The site noted there are potential winners in seven categories:

These are all large cap companies and that could reduce the risk of the investments in the sector. Buying large cap stocks generally carries lower risk and could even provide income. While the sector could be exciting, the investment opportunities in 5G could be profitable and less volatile than many tech investments.

If you are serious about trading, this is a must have right now. Click here for details.

Should I Buy Amazon Stock (AMZN)? 4 Reasons that Say You...

BinaryFest.com - April 10, 2017
0
Amazon has grown exponentially in the last two decades, is still growing and as per eMarketer – a research firm – it will...

Forex Point and Figure System – Five Elements of a Successful...

Stock Market Distribution: What Is It?

How to Use Gold Markings to Help Sell Your Gold

How To Make Money From Home

Questions You Should Ask Your Web Host Before Signing Up!