Friday April 7: Five things the markets are talking about

Momentum in the US labor market was strong going into last month, however bad weather during non-farm payroll’s (NFP) mid-March sample week pose the risk of weather-related delays in hiring.

Market consensus is looking for a headline print atop of +180k mark, which would be a very healthy rate of monthly growth, but off the Jan and Feb. pace of +235k. A weaker print will have the market revising US Q1 GDP expectations.

Note: Advance indicators this week are mixed. Tuesday’s ADP did not see any weakness for Mar., but instead recorded a solid gain (+263k vs. +184k), extending both Jan and Feb’s trend. In contrast, the employment-index of the ISM non-manufacturing report Wed. points to a slowdown in hiring. Yesterday’s US weekly jobless claims posted the largest drop in two years (+234k vs. +251k).

The US unemployment rate is expected to hold steady atop of its nine-year low of +4.7%.

Investors are also watching developments from the summit in Florida between Trump and Chinese President Xi Jinping.

Note: Expect the market to remain very nervous after Trump’s missile attack on Syria last night – the capital market move, since dissipated, triggered an instant reaction across everything from stocks to commodities and currencies.

The attack caused a knee-jerk shift into safe-havens, although the impact was moderate as it is being interpreted as a “one-off” proportionate response.

Japan’s Nikkei (+0.4%) share average edged up in choppy trade overnight, but gains were limited as the US missile strike on Syria curbed investors’ risk appetite. The broader Topix index climbed +0.7%.

In China, the Shanghai Composite Index rose +0.2%, and completed a +2% gain for the holiday-shortened week. In Hong Kong, the Hang Seng dropped -0.4%, while Singapore’s Straits Times Index fell -0.3%.

In Europe, equity indices are trading lower amid geopolitical tensions. Banking stocks are leaning on Eurostoxx 600, while the FTSE 100 is slightly outperforming as oil stocks trade higher in line with Brent and WTI contracts.

Oil futures surged more than +2% to a one-month high overnight after the US launched its missile attack on a Syrian airbase. However, prices have since retreated a tad as there seemed no immediate threat to supplies.

Note: Although Syria has limited oil production; its location in the Middle East and alliances with big oil producers raises concerns about spreading conflict that could disrupt crude shipments. Both Russia and Iran, staunch allies of Syria, condemned the attacks.

However, in oil supply fundamentals, markets remain oversupplied, even with efforts led by the OPEC to cut supplies to support global prices.

Gold rose more than +1% overnight to hit a five-month high as investors sought safe-haven assets. The yellow metal is trading at +$1,263.53 per ounce. The markets see higher prices in the short-term, at least until there is some clarity around Syria and if the “one-off” airstrike develops into something more. 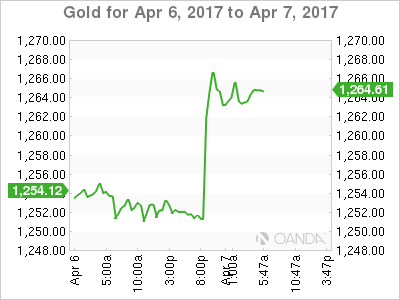 Bonds were amongst the biggest gainers across the various asset classes following the first Middle East military strike by the Trump administration.

Core European government bonds opened higher amid the broad flight-to-quality move after the Syria strikes. However, these early gains have since faded. Currently, 10-year Bund yields are trading lower by -2 bps to +0.24%.

US Treasury yields dropped to their lowest level in over four-months at +2.29% in risk averse trading, yields have since found support with 10’s trading atop of +2.32% ahead of non-farm payrolls (NFP). 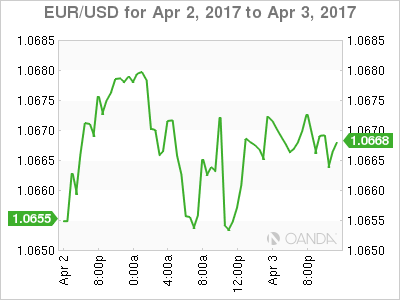 Geopolitical has been able to keep market risk appetite sidelined, however, its boosted safe-haven assets after US launched numerous missile strikes on a Syrian airbase deemed responsible for recent chemical attack on civilians.

USD/JPY tested the lower end of the psychological ¥110 level on the initial reports of the US missile attack, but has since stabilized back to this week’s mid-¥110 area (¥110.60). Another go to currency of choice during stress, the CHF ($1.0054) is little changed from its opening level in Asia.

The pound (£1.2425, down -0.3%) is softer after Feb. Industrial Production and Trade data (see below) came in worse than expectations. 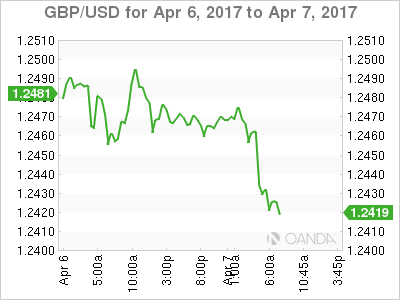 UK manufacturing output was weaker than expected in February, falling by -0.1% from January compared to a forecast rise of +0.3%. The year-to-year rise was also weaker, at +3.3% as against a +3.8% expected.

There was a larger fall in industrial production over the month as a warmer-than-usual Feb. reduced demand for electricity. Output was down +0.7% from Jan. as against a forecast drop of -0.1%.

Note: January’s figures for both manufacturing and industrial production were slightly revised, but still recorded month-to-month decline – it’s been a weak start to 2017.

Other data showed that UK’s deficit widened in Feb, although that was largely due to imports of big-ticket items. The UK imported £12.5B more than it exported. 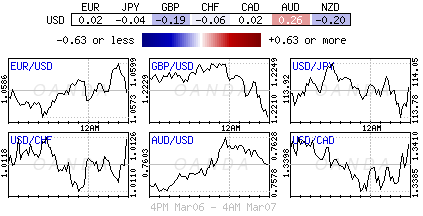 BinaryFest.com - May 31, 2017
0
The odds of winning a lottery are infinitesimal. Yet inevitably, someone does. Inspired by the idea of a...

Forex Ace System Review – Is it Real Or a Scam?

Will Volatility Revert to the Mean?

How to Make Money Online While Having Fun