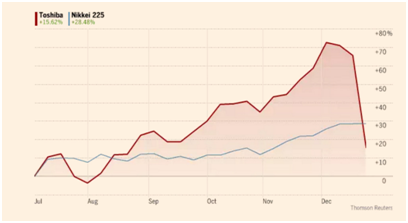 This would not be the first time a giant corporation would see its stocks nosedive after a massive scandal, but we’re going to ask a question that might seem counter-intuitive: Is it time to buy Toshiba stock? 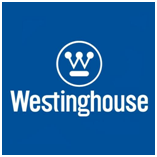 In 2006, Toshiba bought Westinghouse Electric Company, a nuclear power company that owns and operates almost half of the world’s nuclear power plants, for $5.4 billion.

Almost a decade later, we find Toshiba mired in a profit padding scandal. The summer of 2015 saw the CEO of Toshiba and several high-ranking officials resign after it was found that Toshiba inflated its profits by $1.2 billion over a several year period.

At the time, Toshiba claimed that Westinghouse was still a profitable company and even more profitable than when it was purchased.

Only a year later, Toshiba would announce problems at Westinghouse. The company’s assets were overstated and Toshiba would have to write off, basically announcing a loss, of several billion dollars.

This, understandably, sent shock waves through Tokyo and the world. Just when Toshiba thought they were coming through the scandal relatively unscathed, this bombshell hit hard.

Toshiba is even expected to sell off lucrative parts of its company to pay for these losses. It is looking to sell a majority stake (or even all) of its profitable flash memory chip business. Needless to say, it looks like Toshiba is in a tough spot.

There’s a silver lining for us however, because there’s an entire philosophy of investing based around investing in solid companies that have hit on hard times – hoping that their share price rebound. It’s called distressed deep value investing.

Deep value investing is all about finding a bargain. The term is similar to value investing, where one searches for companies that are undervalued by the market, but is most often applied in scenarios where the companies in question are in a time of crisis or turmoil.

6 months later, the share price would recover to nearly $50.

Volkswagen (OTCPK:VLKAY) saw their stock drop 23% after they admitted they were cheating on diesel emission tests for years. Since then, the drop has petered out. Volkswagen isn’t trading at the levels they were before the diesel scandal, but the stock is actually trending upwards. 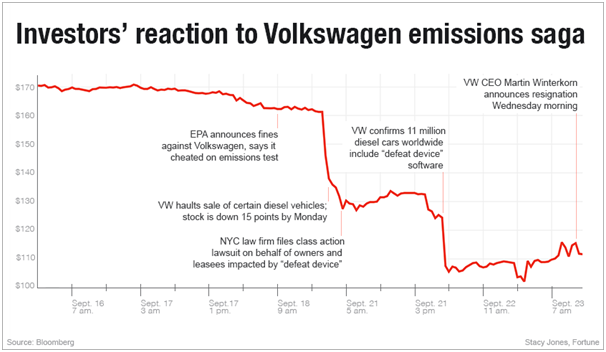 The problem with looking at a company’s stock after a huge global scandal is that these companies are certainly not out of the woods when it comes to final litigation and legal decisions surrounding the misconduct. However, if a company’s underlying financials are strong, then there’s no reason they can’t bounce back.

Ideally, for a distressed deep value investor, you’d want to find a company whose reputation has taken a hit, but not its finances. Is Toshiba ideal?

One of Toshiba’s ongoing problems is its corporate culture. Its profit padding is not just a one-off event. It’s a culture of managers inflating profits so they look better to their superiors. The best way to achieve your goals when you haven’t actually achieved anything is to make it look like you’ve achieved profits. This is the culture of Toshiba. Obedience at all costs.

Ultimately, we want to know if Toshiba, where the stock is right now, can be a value buy. First, we need to put their write-off into context. How big of a hit did they take?

Toshiba’s gross profit in 2016 was $7.1 billion. This is down from an average of $15 billion over the 3 years prior to that. The company’s net income makes for even worse reading.

All of a sudden, that write-off looks like a big deal. Basically, they are recording a loss that is nearly 20 times the size of their average net income between 2013 and 2015. Let’s also not forget: Those 3 years are most likely inflated due to the accounting fraud at the company.

Even if Toshiba can turn this around relatively quickly, it looks like the business has already been suffocating for some time. The good news is that the company wants to sell off their lucrative chip business to offset their losses, and are seeking between $9 and $13 billion for it.

There are question marks around Toshiba’s ability to bounce back from this, but if you’re willing to wait it out while Toshiba re-emerges from the ashes, the stock could have tremendous value. This will be a slow process, and further scandals could come to light.

Toshiba is a 140-year-old company and the hope is that they take a step down to the minor leagues before coming back. If they do that, the stock will go up eventually.

Keep an eye on all the coming developments as they will give some hint as to whether or not Toshiba can make it out of this intact.

BinaryFest.com - May 18, 2017
0
With the 48 numbers from the Hoosier Lotto, it is almost impossible to win anything. There are a million combinations possible and listing them...

How to Make Money Online With PowerPoint

Online Sellers and Buyers of Unique One of a Kind Antique...

Disadvantages of running your own Internet Business

If Your Girlfriend Needs Time, This is How You Give it...