Why Gratitude Leads Down the Road to Riches

“Everybody has a plan until they get punched in the mouth.” Mike Tyson

Soweto is a township in Johannesburg, South Africa that borders the city’s mining belt to the south. Its name is an English syllabic abbreviation for South Western Townships and currently home to 1.2 million people.

Its history is fascinating dating back to 1887 when 100,000 people flocked to this part of the Zuid-Afrikaansche Republic in search of Golden riches.

In 1923 the Parliament of the Union of South Africa passed the Natives Act to control ingress into such areas and to restrict the “access to intoxicating liquor”.

But Soweto is most famously known for the 16th June 1973 Uprising – mass protests erupted over the Apartheid government’s policy to enforce education in Afrikaans rather than their native language.

Police opened fire on 10,000 students. The rioting continued and 23 people died on that day. The first casualty was the minor Hector Pieterson, giving rise to this heart wrenching and now famous photo which came to symbolize the struggle for Freedom. 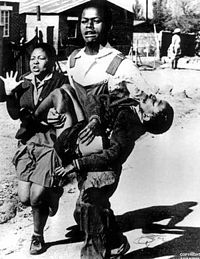 Hector Pieterson being carried by Mbuyisa Makhubo. His sister, Antoinette Sithole, runs beside them.

The impact of the Soweto protests reverberated through the country and across the world. In their aftermath, economic and cultural sanctions were introduced from abroad. Political activists left the country to train for guerrilla resistance. Soweto and other townships became the stage for violent state repression … ultimately ushering in President Nelson Mandela and a ‘peaceful’ transition to power in 1994.

We did a guided tour of Soweto.

A place I had personally visited once before, on February 12th 1990, the day after Nelson Mandela was released from prison … and what an amazing Ruach (‘sprit) that day had … but alas a story for another time.

Our tour took us through the ‘informal settlement’ or Shanty Town of Kliptown where 45,000 people shared 50 running water taps and electricity was ‘borrowed’ from the neighboring market thru piecemeal electrical patchwork! 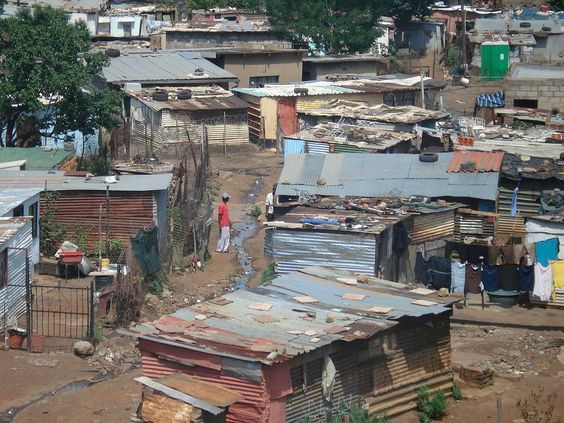 Not that it was necessary but I told my daughters to remember this scene well and to be GRATEFUL that they live in the most prosperous and free country in the world … the good ‘ol US of A. Unfortunately Africa never ceases to disappoint.

While touring Soweto we heard that President Zuma had sacked the Minister of Finance Mr. Gorhan on the pretense that they just couldn’t get along anymore.

In reality Mr. Gorhan was resisting further graft, corruption and outright theft by Mr. Zuma and his ruling cronies. The ZAR (South African Rand) and the Investment Grade credit rating swiftly became the first casualties in the melee.

Echoes of Leonardo DiCaprio’s line from the movie Blood Diamond echoed in my head:-

I saw most White South Africans withdraw into a 1990s mentality as the sky was falling once again. But I did notice the youth getting out and protesting peacefully – Outstanding!

To the finely tuned contrarian the magic moment of BLOOD IN THE STREETS was upon us.

Now I realize that investing is never a slam dunk and that bad things can and often do get worse … but when Mr. Market presents you with a buying opportunity and AMPLE margin of safety we decided to STEP UP.

But what to buy??

As I detailed in One Audacious Move that Set Me Up for Success in 2004 I became Bullish on commodities as the Chinese Century ushered in an infrastructure build the scale of which the world had never seen before.

5 years ago we became negative on China as we thought their out of control money printing had resulted in both a Real Estate and Stock Market Bubble of EPIC proportions. We shifted our perception on raw materials.

In fact, when we caught wind of Resume shopping in late 2013 by high level execs at those institutions, we sensed an air of panic and possible capitulation … which would give rise to the next upswing in Raw Material prices.

We were waiting, nay, chomping at the bit to begin our buy program.

The terrific thing about commodities in general, and metals in particular, is that miners shut down production in response to lower metal price, and as such capitalism self regulates supply and demand.

Sidebar: Let me say that our timing may not have been perfect but it was Good (enough). A small tip for all would be fund marketers … never say you have found an exploitable inefficiency or your portfolio manager is an aberrant Genius … even if they are! People never believe that you’ve found the Golden Goose. Nope always be LUCKY that’s far more believable.

The next commodity boom is upon us:

We’re not sure what’s fueling the uptick in Raw Materials but suspect it’s one or all of the reasons below:

Massive infrastructure builds in the USA but potentially globally (have you seen how many cranes are in the skyline of Hyderabad, India?) Political disturbances may be just the sort of cover a contrarian would look for to buy underpriced assets in a potential Bull Market.

The pic below shows what I like to call the Road to Riches …. A Commodity Belt running through Southern Africa. 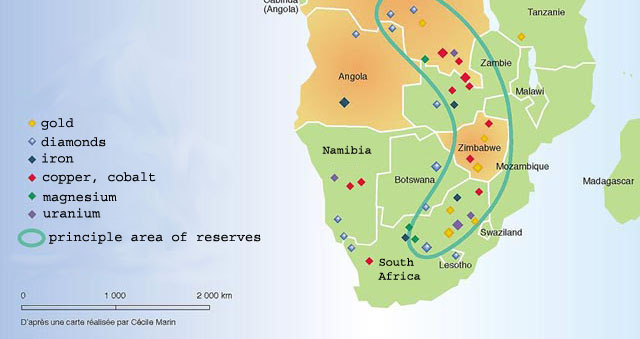 Buying in-ground assets at 10c to the $1 may be just the kind 10x returns we like to underwrite!

As always, don’t take my word for it … conduct your own due diligence and caveat emptor.

BinaryFest.com - April 29, 2017
0
Many companies are formed to do online retailing without the owners first taking time to identify what products or items are best...

A Car Insurance Instant Online Quote Can Save You Money

Sleeve Garters – The History and Future of a Classic Men's...

Your Real Odds of Getting Struck By Lightning